Evaluation of Kırklareli Historical Fountains in Terms of Cultural Heritage

Kırklareli has always preserved its importance in terms of the abundance of water resources in the historical process. In addition to meeting the water needs of the people, the sacred values attributed to water influenced the development of the fountain architecture and many fountains were built in the most favorable places of the city texture. However, the reasons such as the loss of the old functions of the fountains, unplanned construction, destruction over time, wrong repairs, indifference and neglect cause the fountains to disappear, become dehydrated or lose their original appearance. In this context; The identification, documentation and preservation of the fountains that stand out with their historical, cultural and architectural values are considered valuable in terms of ensuring their cultural sustainability. From this point of view, the study first reveals the importance of water in Turkish culture. Afterwards, a total of 22 historical fountains in Kırklareli city center and Babaeski, Lüleburgaz, Pınarhisar and Vize district centers, most of which belong to the Ottoman period, evaluated within the scope of the Kırklareli Cultural Heritage Inventory, are documented using photographing and relief techniques. Afterwards, the fountains mentioned with literature review and analysis studies are evaluated under the titles of location and usage status, history, architectural features (plan, facade, construction techniques and material properties) and conservation problems in order to reveal their values in terms of cultural heritage. In the conclusion section, suggestions are presented on the protection of the cultural heritage values of the fountains and ensuring their sustainability. 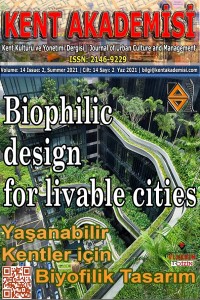