Adaptation of the Attitude Scale Toward Refugee Children into Turkish

This study was carried out in order to adapt the Attitude Scale for Refugee Children to Turkish. A total of 625 participants, including 200 students from Erzincan Binali Yıldırım and Kayseri University Associate Degree Child Development Program, and 425 family members aged 18 and over, were included in the study. The validity of the scale was tested with the construct validity and criterion validity. Confirmatory factor analysis was performed within the scope of construct validity. As a result of the analysis, three items were removed, and the remaining 31 items were collected in two sub-dimensions as attitude and emotion as in the original. Within the scope of criterion-based validity, the Attitude Scale of Local People towards Syrians was applied, and a strong, positive and significant relationship was found between the two scales. Within the scope of the reliability studies of the scale, a strong and positive relationship was found between the sub-dimensions, the Cronbach Alpha value was found as .91 for the attitude sub-dimension and .83 for the emotion sub-dimension. These findings show that the validity and reliability of the scale was ensured. As a result, it can be said that the adapted scale is a valid and reliable measurement tool that can be used in studies about attitudes towards refugee children. 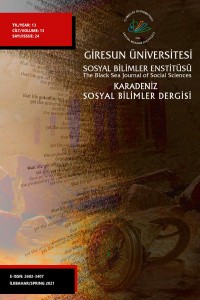