Th?mstudies of the early XXI century is characterized by the increasing attention to linguistic concepts inevitably raising the issues of mental human abilities. Obviously, there is not such sphere of human activity, wherever thet characteristic of cleverness or stupidity of a person isn’t met. Being a complex interweaving of intentional, cognitive and moral aspects, cleverness and stupidity accompany communication and are implemented in it. Quite understandable is the interest of researchers to the age-old problems of intelligence and stupidity. In the framework of cognitive linguistics, many changes in the semantic space of language are clear, they are derived from innovations in conceptual sphere, from the changes of human conceptions of the world. People often think by associations, focusing on the life experience the circumstances important for the sustenance, as well as focusing on sensory experience, on mythological ideas, and many other things not fitting logical syllogisms. Anthropological orientation of modern linguistics leading to the research, implemented at its junction with other disciplines determines the interdisciplinary status of the category of the concept used in two new paradigms: cognitive linguistics, and linguocultural studies, as well as structural and semantic direction. In addition, as a result of the review of the existing in domestic linguistics methods and techniques to identify and the describe the concepts, we conclude that cognitive sciencis stile a new direction and only develops the methodology of the study. This paper deals with the concept of objectification of cleverness and stupidity concepts in the Kazakh language world image and their paremiologicalanalysis. The theme of the work is at the crossroads of the major subject areas of modern linguistics: cognitive linguistics, linguocultural studies, and linguoconceptology, and touches upon verbalized ideas of the inner world of a man as a carrier of the certain culture within the anthropocentric paradigm of humanities 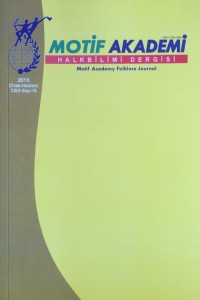