In historical development process, dress and finery style which became the symbol of Anatolian women and which is considerably normal is certainly a feast far the outer ones who observe, and far us, who tries to understand this custom later on. Turkish Women A pparels are part of our dress and jinery tradition that was formed in centuries. Even today, in remote places of Anatolia, daily dresses of our women are prepared according to the customs and present a rich variety with their changing characteristics. Geography, social and economic conditions, beliefs and traditions, which are in a sense, life style of the region influences in formation of this peculiar style. In addition to this, social and economic condition, age and character of women adds an ethnographic richness to this formation. These dresses which are rather rare today were tried to be kept in museums and chests, but these efforts were not sufficiently carried aut. In this study, regional women dresses of Mengen district of Bolu province were individually examined, their technical and aesthetic features such as color, form and accessory were determined, regional characteristics were detected and far preventing these dresses from disappearing they were put under analysis. 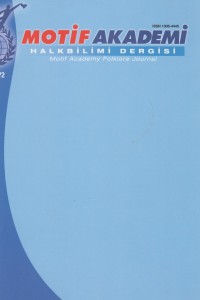