A RESEARCH ON SOCIAL MEDIA ADDICTION AND DOPAMINE DRIVEN FEEDBACK

Human relationships in societies consisted of face-to-face relationships until the middle of the 20th century. Throughout their lives, people have established social relationships with a limited number of people, sharing their sadness and happiness with them. The great technological developments coming up to date and began with the invention of the transistor in the mid-20th century allowed the technological communication tools to enter through our pockets and caused great changes in the way of communication of the societies. The virtual chat culture, which started with the introduction of the Internet into the houses, has reached the dimension of media sharing with the spread of mobile devices. Everyone in society has got the chance to become mediatic and famous, and many of them have started to make an effort for it. However, statistical and medical researches have made in recent years that this attractive media is addictive. Research has been conducted on changes in chemical movements and physiological behavior of individuals’ brain and nervous system. In this study, statistical information of the year 2018 on the use of internet and social media in the world are presented. In addition, the concept of addiction, addicted behavior and symptoms were examined. Research made about substances which cause biological and psychological addiction like alcohol, cigarettes and pills and chemicals which affect on behaviour of individuals such as dopamine. Symptoms of mania, depression and bipolar disorder were examined, and similarities between behaviors of individuals using social media for a long time and individuals who are addicted and sick were examined. 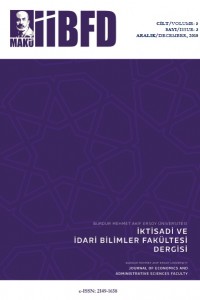