Excursion of The Median, Ulnar and Radial Nerves During the Nerve Gliding Exercises Used in The Orthopedic Physiotherapy: A Cadaveric Study

Objective: The purpose of this study was to assess the measurement of nerve gliding, resulting from joint motion and changes of upper extremity position. Methods: The upper extremities of ten fresh human cadavers were dissected to delineate relationship between the positioning of upper extremity and gliding distance of nerves. Nerve mobilization – stretching therapy (SMG) techniques are mentioned in the literature for each of the radial, medial and ulnar nerves. Nerve excursion secondary to motion of shoulder, elbow, wrist, and fingers was evaluated at the elbow via SMG application. Initially extremities and the head were positioned with anatomic position. For the median nerve, extremity position was elbow extension, forearm supination, wrist and finger extension. For the ulnar nerve upper extremity position was elbow flexion, full forearm pronation, and wrist and finger dorsiflexion. Finally, the excursion of the radial nerve was observed with the position of elbow extension, forearm pronation, wrist and finger palmar flexion. Results: The ulnar, radial and median nerves excursion were 13.5, 29.75 and 11.37 mm respectively. Conclusion: In this study, longitudinal excursion movement of radial, median and ulnar nerves was observed with movements of shoulder, elbow, wrist and finger joints in different positions. SMG techniques can contribute to the mobilization of nerve tissue in orthopedic rehabilitation. 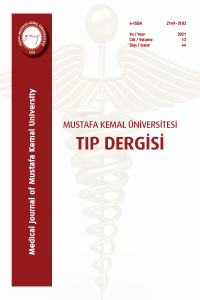