Fatma Bacı Who Contributed to The Development of A Stronger Society In The XIIIth Century and One of The First Women's Organizations of The World: Bacıyân-ı Rum (Anatolian Sisters’ Organization)

The Akhism Organization, founded by Ahi Evran in the XIIIth century, made economic, social and cultural activities in the light of science, art and morality. During Anatolian Seljuk and Ottoman periods they did human-centered activities and have reached the cultural and moral heritage has reached today.

Along with the Akhism organization, there is also a female arm which operates almost the same. Bacıyân-ı Rum (Anatolian Bacılar Organization), founded by Fatma Bacı (Sister Fatma), the wife of Ahi Evran, contributed to the development of women in economic, social and cultural sense. By continuing their activities on the basis of science, art and morality, the Ahilik Organization and Bacıyân-Rum have  continued to work for the development of society with each individual, avoiding gendered attitudes and approaches.

It is stated in the literature that Ahi Evran was a physician and gave scientific works related to medicine. The vocational education and moral values of the Akhism organization are very similar to those of medicine. We think that it is worth examining in terms of the training of female craftsmen of the Bacıyân-ı Rum organization which is established by Fatma Bacı and which is the women's arm of the Akhism organization. In this study, it is aimed to reevolve the motivation of women to give value to an organization which dates back to about 700 years ago.

As a result, it is to gain a historical point of view which will contribute to the solution of negative attitudes and behaviors towards women, whose solution has become very difficult nowadays. 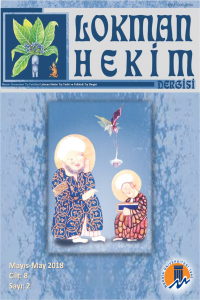