Suicide Cases by Cyanide in Turkey: A Research based on Newspaper Reports

Introduction: Cyanide exposure occurs in two ways; intentional and unintentional. Intentional exposure occurs in wars, genocides, and suicides; unintentional exposure occurs through inhalation of smoke from fires, work and home accidents, and industrial activities. This study aims to examine the issue of suicide by cyanide in Turkey by using newspaper reports as a source of data.
Methods: The content analysis method was used in this study. Four newspapers reports the highest circulation were examined between January 2018 and December 2019 in Turkey. Only 4 out of the 1075 daily newspapers have been chosen as data sources. The two keywords, "suicide" and "cyanide", were used in examing the newspapers' online search engines.
Results: 11 newspaper reports were analyzed. It was determined that five cases occurred in Istanbul, two cases occurred in Antalya, one case in Ankara, one case in Izmir, one case in Mersin, and one case in Denizli. It has been determined that in three of the five cases which the cause is investigated, the reasons for their suicides were financial problems, and two of them were psychological conditions.
Conclusion: To prevent suicides cases by cyanide which seriously harm human and public health, national authorities should develop strategies to report these cases carefully, follow the cyanide supply channels strictly, and prevent people from reaching this poisonous substance. 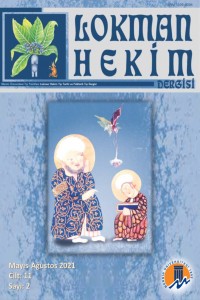 This journal is licensed under the  Commons Atıf-GayriTicari 4.0 Uluslararası Lisansı.