Based on the idea of helping preschool children to develop their cultural self, in this research, we aimed to create sample class activities on the use of intangible cultural heritage elements in teaching the concept of number for the children aged 48-66 months and to present the results of the application. The research group children were chosen with proper sampling method for the study which was carried out in the case study design of the qualitative research methods. The study group consisted of 15 students, 5 girls and 10 boys aged 48-66 months, who were attending the preschool of a government primary school located in the District of Körfez of Kocaeli Province. Within the scope of the research, a total of 39 books including intangible cultural heritage elements were examined and some of the cultural elements were selected. By using these selected elements, specific activities for the concept of number were prepared and applied in the class for a ten-week period by the researchers. According to the data obtained from the control list which was applied before and after the application (as pre-test and post-test), it was found that the students gained the skills of recognizing the numbers from 1 to 10, pairing objects with numbers, counting rhythmically and telling the order of objects. It was seen that most of the students were able to identify the jokes, proverbs, idioms, lullabies, rhymes and riddles among the intangible cultural heritage elements and give appropriate examples of them. 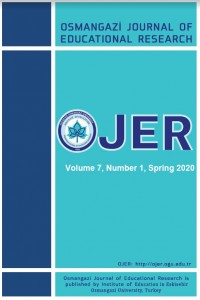