Innovations that started in the pre-republican period obligated the research on student, teacher, buildings, system-organization, teaching methods in education as well as partiucalar characteristics of education, and this situation gave oppurtunity to examine the psychological and intelligence tests in education. Pedagogs in that period such as Ibrahim Alaeddin both shared their experiences and thoughts on intelligence, memory, attention, psychology, ability(talent) and translated the western sources on this field. Upon the psychological test, Ibrahim Alaeddin made available his 2 important works called Zekanın mukayesesi (comparison of intelligence) and Anket Rehberi (Survey Guidance) to the pedagogs (Teachers). In this study, in addition to these works, Stephen S. Colin's statements on "education test" are included. In this translations that were made in 1914 it is observed how various the psychological tests which were applied in Europe and United States were until that time. The primary goal of using those tests is to know the individuals and to guide them according to their interests, to educate the people who are not mentally healthy and provide jobs to them, to get highest efficency in army according to interests and abilities. In this study, it is emphasized on the intelligence tests according to age levels, Devolve tests (occupational tets), Pyschological tests, Educational tests, Army alpha, beta tests and other tests 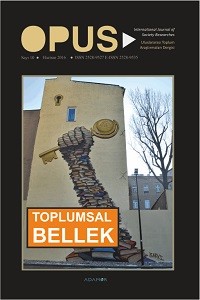