This research aims to examine the Turkish cartoon series broadcasted on thematic children's channels in terms of gender equality. In this context, a total of 83 episodes of Biz İkimiz, Canım Kardeşim, Kral Şakir, and Neşeli Dünyam were evaluated using content analysis technique, one of the qualitative research techniques. Mother, father, girl, and boy characters were examined in terms of gender equality under the categories of being in the public space, daily life activities, and behavioral characteristics. Communication with their children was analyzed as a separate category for the mother and father characters. As a result, it was observed that the mother characters were less in the public sphere than the father characters, concentrated on cooking, house works, and baby care, and represented with the characteristics of being emotional and domestic. It was observed that the father characters were more involved in the public sphere, perform daily activities such as repairing, driving, and going to work, is related to science and technology, and being self-confident. While fathers have the feature of being like friends in their communication with their children in line with their changing fatherhood roles; it was found that mothers had more serious and instructive communication. It has been revealed that the girl and boy characters are represented similarly with the daily activities and behavioral characteristics of the mother and father characters. Girls were most associated with helping house works in daily life activities, while boys were associated with repairing. While girls value looks and beauty, boys are represented as characters related to science and technology. It has been revealed that gender stereotypes are reproduced in Turkish cartoons. These results show that gender stereotypes are reinforced in cartoons. This situation has been interpreted as children's reinforcing stereotypes about gender through cartoons. 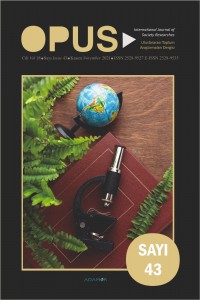