Between 1876 and 1909, French, American, and German missionaries selected Adana as target, which was hosting non-Muslim population, within their missionary activities in Ottoman cities. They were educating people who were persuaded to change sects from non-Muslim elements as loyal personalities to their own countries. They were carrying out such activities by building schools, hospitals and churches in Adana. Especially, students who were educated in schools were influenced by theater plays and materials they brought from abroad. From Adana Ulema, Kâfîzade Yusuf İzzet Efendi, who was uncomfortable with this situation, at the beginning of the period when missionary activities began to take effect in Adana (1891), had realized the danger that missionary activities had created for his country and took on a duty to warn the Sultan in this regard. In this study, the activities of the missionaries in Adana and the reaction of a Muslim scholar will be focused on. 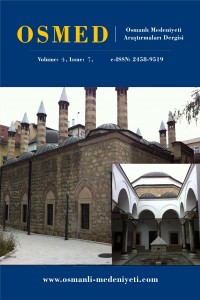