Journal of Landscape Researches and Practices

Evaluation of Urban Open Green Areas in Terms of Xeriscape: The Case of Ankara Altınpark

Urbanization, which is one of the biggest problems of today and brings with it many environmental problems, causes the rapid depletion of natural resources. With urbanization, open and green areas are decreasing, so the effect of global warming is increasing. As a result, drought, one of the most devastating global environmental problems the world has faced, has begun to be observed. The pressure on water, which is one of the natural resources that have no alternative and cannot be produced by humans, increases with the construction of impermeable structures such as roads and buildings together with uncontrolled and rapid urbanization. Ecological-based planning approaches are needed in order to prevent these problems. As a result of the studies, the concept of Xeriscape has emerged, which includes the planning principles that ensure the most rational use of water in landscape areas. This concept is briefly defined as a quality landscape creation technique that protects the environment and minimizes water consumption. This study was conducted to evaluate Altınpark, which is one of the important urban open green areas of Ankara, which is predicted to experience utility water scarcity within the scope of climate change effects, in terms of xericscape. In this context, 180 plant taxa identified in the study area were evaluated in terms of family, life form, leaf status and water demand. As a result of this evaluation, Rosaceae family was observed most (29 plant taxa) in the area. It was determined that 70 out of 180 plants were natural, 110 were exotic, and the number of plants with low, low-medium, and medium water demand was 159. In addition, various suggestions have been developed regarding the use of these plants in xeriscape implementations. 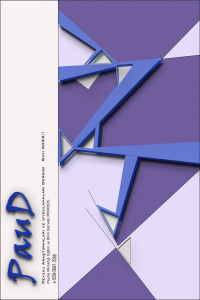