Forest fires are major natural disasters for the environment. Many forest fires occur every year due to both natural and anthropogenic factors, resulting in important negative impacts on the natural and cultural environment. Considering the Kütahya region, which is the study area; it was determined that a total of 128 fires broke out and 99,18 hectares were damaged between 2005 and 2009. Within this frame, the aim of this study is to determine the forest fire risks within Ören Forest Management Unit - Kütahya, using geographical information systems (GIS) capabilities. Thus, the targets of the study are to provide preparedness against potential forest fires, minimize the forest fire risks and contribute to the prevention of both financial and physical damages resulting from forest fires. To fulfill the mentioned aim and the targets, a GIS-aided fire risk map was developed for Ören Forest Management Unit - Kütahya. In addition to this, the coverage area of the existing fire towers within the study area was evaluated through visibility analysis. Considering the results of the visibility analysis and the forest fire risk map created in the GIS environment, suggestions were made for the mitigation of the fire hazards and risks. 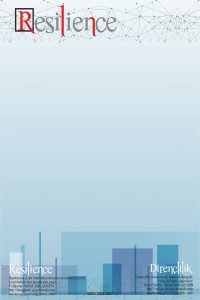