PROPHETS AND PROPHECY IN THE ISLAMIC AND JEWISH TRADITIONS

Islam and Judaism are two important monotheistic religions in world history. In both Islam and Judaism have similar religious phenomena and concepts due to their semitic origin.  Prophethood is one of  these common religious phenomena. In this article we have translated, author William Brinner, compares the prophethood in both religions and draws attention to similarities and differences. The author emphasizes how the Prophet Moses and Mohammad were accepted by their communities in a great honor in terms of their basic scriptures (Qur’an – Tanakh) and traditions.

According to author, Muslims and Jews recognize that Abraham was the ancestor of all prophets. However, there are some differences between two of them. According to Jews, Moses is the greatest prophet and prophetic age had been closed with Malakai (BC 5th) and that they had no need of a new prophet. However, the Muslim community claimed that the last prophet is a Mohammed (Peace be upon him). According to the author, another important difference is the behavior of the prophets towards God and their societies. In terms of Jews words of the prophets dont form the basis for law, nor do the lives of their serve as models for others to follow. In Judaism, also prophets sometimes argue with Yahweh. But these are virtually unthinkable in the Islamic belief. The author, in his essay, tried to examine these views in detail through different examples from the sources of both religions 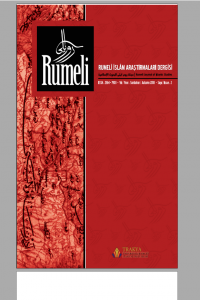