In this study, the most stable seven conformations of the Cyclo (Tyr-Tyr) dipeptide, which shows anticancer effect against HT-29, Hela, and MCF-7 cell lines, were determined by conformational analysis based on χ side-chain dihedral angles of the two tyrosine amino acids. The geometric structures of the conformations, determined after the conformation analysis, the changes in the dihedral angle of the side-chain, the total and relative energies of the conformers, and the van der Waals, electrostatic and torsion energy contributions, that contribute to the total energies, were calculated separately. The most stable conformer, determined by conformation analysis, was then optimized using density functional theory (DFT), B3LYP functional and the 6-31++G(d,p) basis set by using Gaussian03 program, and the fundamental vibrational wavenumbers of the optimized structure were calculated at the same level of theory. In addition, IR intensities, Raman activities, potential energy distributions were determined using the MOLVIB program, and the scaled Raman activities scaled were transformed into Raman intensities by Simirra program. Furthermore, the dimeric form of the dipeptide was created and optimized at the DFT/B3LYP/6-31G(d,p) level of theory. The w, φ, Ψ dihedral angles of the ring structure were given comparatively with the monomer form calculated with the same basis sets. The intermolecular hydrogen bonds that play role in the formation of the dimeric structure have been determined. 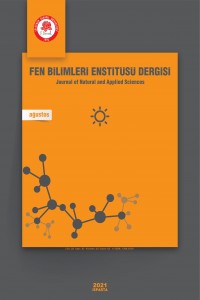