THE FACE OF THE OTHER IN YEŞİM USTAOĞLU'S FILMS (1999-2016): AN ALTERNATIVE READING THROUGH LEVINAS'S CONCEPT OF RESPONSIBILITY

Yeşim Ustaoğlu, one of the most prominent auteur directors in New Turkish Cinema, has generated significant debate through her films concerning how “the Other” has been represented in Turkish society past and present—from the fall of the Ottoman Empire through the establishment of the Republic of Turkey and on to the political and cultural environment of today—and the question of responsibility as it relates to such representations. The aim of this paper is to stress that the themes in Ustaoğlu’s films cannot be limited to those of identity, journey, and belonging. In contrast to other treatments of Ustaoğlu’s cinematic work, the present study argues that the narratives of her films are built around the concept of responsibility for the Other, which grants them a uniquely broad perspective on Turkey’s relationship to its diverse “Others.” In this respect, this study examines identity, a central concept in New Turkish Cinema, within the context of relationships with the Other, as depicted in the films of Yeşim Ustaoğ- lu (1999–2016). In doing so, it addresses the Other from a novel perspective: not that of the usual historical and gender-oriented viewpoints, but rather that of Levinas’s theory of ethics and the Other, which appears as the central source of a change in the constitution of subjectivity, as seen in the trajectories of several main characters in Ustaoğlu’s films. This study thus aims to discuss how the selected films can be read in light of this concept of responsibility. 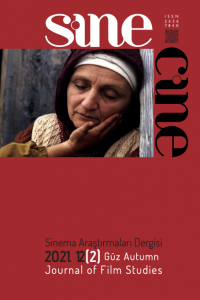