This study is an examination of the Arab Bulletin, the secret publication of the Arab Bureau, one of the overseas (MI6) branches of British intelligence during World War I. London, which needed an effective method of struggle against the Ottoman jihad declared in 1915, established the Arab Bureau as a branch of the Intelligence Service of the Egyptian High Commission in order to keep the balance in the Middle East during the war. The Bureau, which operated between 1916-20, became the central repository for most of the intelligence gathered before 1914 and produced a large number of materials, including the regularly printed Arab Bulletin. The Arab Bulletin, which was sent to the relevant military and political personnel, included intelligence reports in the Middle East and North Africa, especially in Arabia, tribal, topographic and biography studies, academic articles, translations from foreign newspapers, and the editor's comments. The Bulletin carried all the impressions and concerns of the Arab Bureau and consisted largely of reports and news from intelligence experts in the region. Although the disclosure of the Bulletin by the allies is debatable, its contribution to historians in understanding the developments in the Middle East, especially in Arabia, is indisputable. 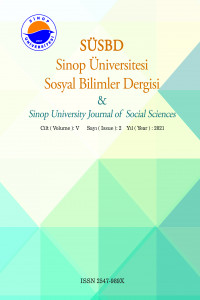