Nowadays, the architect is moving away from the concept of structure system and the engineer from the concept of form. Mimar Sinan’s works which left mark on the 16th century, are good examples of considering, analyzing, and evaluating these two disciplines together. The structural art which was put forward and established towards the end of the 20th century, is rather than a pure art, centralizing the principles of economy, efficiency and elegance in design. This concept offers a new perspective in terms of current understanding of the design principles of Sinan and the quality of his works. In this study, Sinan’s contributions to the structural art, the design principles of his mosques and geometry-form-structure relationship were examined. His mosques were evaluated through the legacy he inherited, models, and his own works. Sinan lived in the 16th century Ottoman Empire and worked as the chief architect for 50 years. His unique architectural solutions have been the subject of many studies. In this period, a spectacular architectural style was created with non-repetitive, innovative mosque variations and was inherited to future generations. The unique architectural style in Sinan’s mosques with its masonry framework, and polygonal baldachin developments enabled the construction of larger, brighter and holistic spaces than the single-domed mosques built in the early Ottoman period. Hiding piers and buttresses within upper flats, galleries and stairs are efficient and functional solutions. The minarets located at the corners of the mosques are also the solutions in this context, as being load-bearing elements. Suleymaniye in four-pierred mosques and Selimiye in eight-pierred mosques stand out with their size and architecture. Having a similar plan scheme, Suleymaniye Mosque is higher than Hagia Sophia Mosque in proportion to the diameter of the dome. In this way, the dome load is transferred to the base in stages. With the increase in the pier/ dome area ratio, the main arches were thickened, and the outer thrust of the dome was prevented with the support of weight towers and dome buttresses. Thus, the solution of the two semi-domed plan schema first seen in Hagia Sophia was safely finalized. Suleymaniye Mosque is more elegant than El Escorial Monastery and St. Peter Cathedral which are sembolically equivalent in terms of wall thickness, dome thickness and pier area in proportion to the diameter. Among all other domed structures have been compared, Selimiye Mosque has the lowest height and smallest floor area in proportion to the diameter of the dome. Despite the same dome diameter, the pier area is approximately a quarter of Hagia Sophia’s and nearly half of St. Paul Cathedral’s. The total weight of baldachin and dome of Selimiye is half that of St. Paul’s. The ratio of dome (load) to baldachin (structure system) weight in Selimiye is much lesser than St. Paul. Besides, Hagia Sophia, St. Peter, and St. Paul couldn’t be completed for many years due to design problems; sections were enlarged and re-designed by different architects in different periods. Comparisons and evaluations based on drawings and calculations show that, Suleymaniye and Selimiye are more economic, efficient and elegant in terms material used, element size and construction period in comparison to Hagia Sophia, El Escorial, St. Peter, and St. Paul. To sum up, Sinan mosques are extraordinary in the structural art of domed masonry structures. 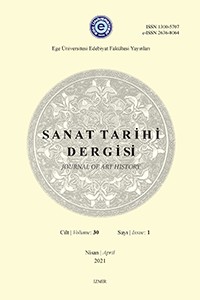