Promoting Social Capital by Expanding the Conception of Giftedness

After repeatedly observing the little boy crying on the school bus, Melanie, a fifth grade student, took a seat next to him and struck up a conversation. “You don’t understand,” said Tony, a first grader whose face was practical-ly hidden behind the thickest eyeglasses Melanie had ever seen. “You see these glasses? I’m partially sighted. The kids trip me and make fun of me; I have special books for my subjects, but there are no books in the library that I can read. ”Later that day Melanie approached her enrichment teacher and asked if she could make Tony her “Type III” Project [Type III Enrichment in The Enrichment Triad Model (Renzulli, 1977, p.22) is a self-selected individual or small group investigation of a real problem] for the year. Over the next several days, Melanie and the enrichment teacher drew up a plan that began with some “friendly persuasion” for the boys that were harassing Tony. A few of the school’s bigger, well-respected boys and girls escorted him from the school bus and sat with him in the lunchroom. Melanie then asked Tony a series of questions from an instrument called the Interest-A-Lyzer to determine what some of his reading interests might be. She recruited a number of the school’s best writers to work on large print "big books” that dealt with Tony’s interests in sports and adventure stories. She also recruited the school’s best artists to illustrate the books, and served as the editor and production manager for the series. As the project progressed over the next several months, a remarkable change took place in Tony’s attitude toward school. He became a local celebrity, and other students even signed out books from Tony’s special section of the library. Melanie’s crea-tive idea and her task commitment resulted in the development of pro-found empathy and sensitivity to human concerns and the application of her talents to an unselfish cause. When questioned about her work, Melanie explained simply, “It didn’t change the world, but it changed the world of one little boy.” 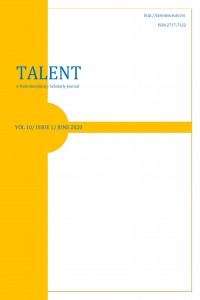