CIVIL SOCIETY AND JAMĀʽAH IN THE REALITY OF TURKEY

This study aims at investigating two distinct concepts, that is the modern concept of civil society on the one hand, and the concept of jamāʽah (religious community) which constitutes religious structures on the other, their manifestations and structural states in social life, in the context of today’s Turkey. After determining the character of the relation of these two concepts and its direction, one other chief objective of this study is to propose a solution in regard to some of the existing socio-cultural, socio-economic and religious challenges of the religious communities present in Turkey today, and ultimately to try to assess their future evolution. Also, the cases of civil society and religious community, as an important factor in citizen/society-state interactions, will be explained in the light of all of their conceptual, cultural, political, social and historical aspects. As a final outcome of this study, it has been concluded that existing religious communities and groups are harbouring some serious problems within their organization, and that the possibility of the conflict between the interests of different religious communities should be taken into account, especially because of its potential negative impact on the society as a whole. 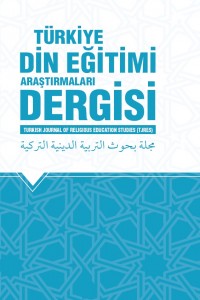