The subject of abortion is one of the rare topics in which the life, religion, science, morality, law and conscience intersect. The nature of the abortion in this study, the possibility of abortion in terms of Islamic law, and the conditions under which conditions may be allowed to do so; the debate about the fetish of the fetus which was determined as a disabled birth, the termination of unwanted pregnancies due to extramarital or rape was discussed and the attitudes of contemporary Islamic jurists were evaluated. The subject is briefly mentioned with regard to the interest of Muslims living in our country. Abortion is usually the destruction of an embryo or fetus in the uterus, or removal of the uterus prematurely to terminate the fetal life. Among the contemporary Islamic jurists, there are some who abstain from abortion early in their pregnancy. These conclusions are; If the illness is based on legitimate excuses, such as living in the narrow streets, long journeys, they argue that if a legitimate excuse does not end, it is makruh. On the other hand, the majority of the Fatwa boards and Islamic jurists are of the view that the embryo must be preserved from the time of its adherence to the mother's womb and that the abortion can not be granted. According to these views, the exception to the abortion ban is the occurrence of situations in which the mother and fetus will lose together if the pregnancy lasts. 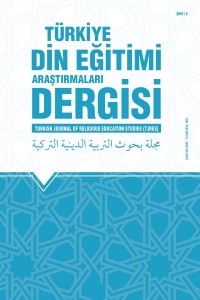