The Effect of Context on the Formation of Variants and Versions: An Example of a Fairy Tale From Izmir

Fairy tale, one of the folklore products on which there have been many studies, is a type of narrative with various functions. The tale type was presented in the light of structural studies in the nineteenth century, and from the twentieth century onwards, it began to be addressed with its contextual features such as narrator, audience, narration time/space and its functions. With the contextual features of the tale, more comprehensive and correct interpretations have been made on the situations of the texts being variants or versions. In this study, we tried to analyze the effect of the context on the formation of variants or versions through six versions of a fairy tale that we encountered during the compilations we made in 2009-2013 in Bostanlı and Hatay districts of Izmir. In this analysis, we discussed the relationship between the narrator and the differences or similarities in the texts via the examples from the narrations of six different narrators of the tale. We tried to point out the influence of the narrator on the text by treating the aforementioned texts as versions that we called with the narrators’ names. 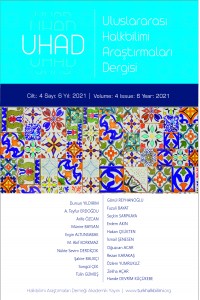