Earthquakes are one of the most prevalent natural disasters and its effect may be devastating. Turkey is located on a high seismicity region. In spite of the comprehensive technology, the location and time of earthquakes are still unpredictable anywhere on the earth. Constructing earthquake scenarios make easier to predict the damages for a possible earthquake. Nevertheless, estimating the damage that might take place on an earthquake event will enable effective post-earthquake planning, which is essential for reducing loss of lives and economy. In this paper, the probable damages related to a possible earthquake has been predicted by using a simulation program for 28 central neighborhoods in Kırıkkale. The parameters used in the simulation are “the soil profile of the neighborhoods” and “the number of the stories of the buildings”. The possible damages have been estimated according to the correlation between these parameters. According to the earthquake scenario outputs, in case of a mass casualty case, four different results have been obtained according to the triage process applied for prioritizing the injured; immediate, urgent, delayed and dead. Since the simulation and the earthquake scenarios are flexibly designed, it is important to be able to be used for different earthquake magnitudes and regions. Besides, this is the first earthquake scenario study developed for Kırıkkale region. 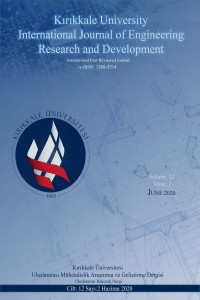