In this study, the static behavior of structures with negative Poisson's ratio, which was the subject of many new researches as engineering materials, was determined numerically. The sandwich composite structures formed by placing ABS and PLA core materials between the Al plates were modeled with a negative Poisson ratio structure. In addition, for the comparison of the composite material, the analysis of the sandwich material components was carried out under the same conditions. Static analyzes were investigated with the Ansys Workbench program. A negative Poisson ratio behavior was observed in all compositions under the static influence, depending on the core geometry. The lowest displacement and stress levels were obtained in the sandwich composite structure with PLA core material. 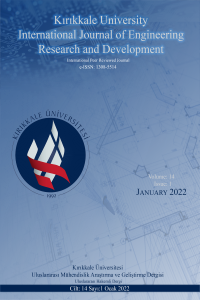