Documentary film is the closest type of cinema art to science, due to its on-site investigation of reality, its visual documentation and the image's feature of being evidence. It also has the function of shaping personal and collective memory, as it is an important reminder tool. In this respect, documentaries about history gain special importance. The text of the documentary film differs from the fictional film in that it is a scientific research product. In addition, in the context of the interpretation and deciphering of the image, the relationship between the documentary film and scientific studies is most strongly revealed during the writing of the text. However, as in the world, studies investigating the relationship between documentary film texts and academic history texts are extremely limited in our country. For this reason, it is aimed to compare a documentary text about history with academic knowledge and findings. As an example text, the text analysis of the 10-part documentary “the Seljuk Traces Documentary in the Van Lake Basin” broadcast on TRT Documentary channel was examined; the historical data expressed were questioned on the basis of scientific studies conducted on the subject. As a result, it has been seen that the view that the Uyghur Turks played an important role in the Anatolian Turkish culture and political life in the Seljuk era, as expressed in the documentary text, overlaps with and is supported by the results of the relevant academic research. 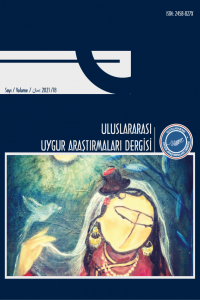