Honor is held to be equivalent to honor sexual purity in countries with honorary cultures, although they may have different meanings, including moral integrity in relation to a family or an individual's social reputation. The purpose of this research is to determine the attitudes of the students who attended university in various branches to honor and gender understandings. The research was attended by 300 students from a foundation university in Istanbul who were studying in various departments. It was determined that the students who participated in the research had an equitable attitude regarding the understanding of honor related to the women according to the total point score they received from the "Attitude Scale for the Women-Related Conception of Honor and that the students had a modern and contemporary opinion with the Woman-Man Understanding Attitude Scale point average. As the egalitarian attitude of honor understanding of the women of the students participating in the research became stronger, the understanding of man and woman is becoming traditional and shows an anti-change attitude. In addition, it has been determined that students who have a traditional attitude of honor regarding the woman show traditional attitude at the same time. 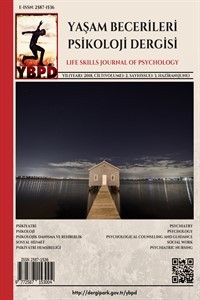