This study assesses the crisis of 2008 as a fertile ground by positioning against the boundaries drawn by mainstream economics and suggests an introductory path for alternative future visions on the basis of fiscal policy. To that end, the study firstly criticizes the unremarkable role of fiscal policy within mainstream framework and addresses the problematic nature of traditional Keynesian approach. Based on a critical post-Keynesian perspective that finds most Keynesian studies conducted so far has fundamentally revealed a neoclassical Keynesian figure and therefore the necessity of uncovering the radical essence in Keynes’ writings, the study conceptually discusses possible new themes in fiscal policies and proposes policy proposal by going beyond the theory. Key Words: fiscal policy, Keynes, post-Keynesian theory, economic crisis. JEL Classification: B50, E62 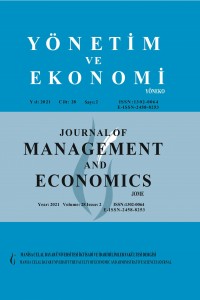