The Refah Tragedy during the WWII and Developments in the Aftermath

In the first years of the WWII, with the purpose of creating an alliance, Hitler guaranteed non-aggression towards Turkey. The British were irritated by this development and they requested that a military procession from Turkey should be sent to Britain concerning the delivery of the four submarines and four destroyers that had been ordered by Turkey just before the beginning of the war. On their request, the procession planned to reach Egypt by sea and once there take a plane to Britain. Turkish government commisioned an available old ship named SS Refah to carry out the mission. Consisting of a crew of 200 from the Navy, Army and the Airforce, the procession set sail from Mersin on June 23, 1941. After 20-25 miles off the shore, SS Refah was torpedoed and sunk by an unidentified submarine at 23:01. 167 Turkish and 1 British crew members killed and 32 were rescued. After the incident, Italy and Germany claimed no responsibility over the incident. According to the journals, studies, State Archives of the Prime Ministry and GNAT records of the time; the attack against SS Refah had been declared as an act of aggression towards the national security of the Republic of Turkey. There were some heated arguments in GNAT that led to the resignation of the Minister of Defence and the Minister of Transportation. Later, after some findings indicating that the French sank SS Refah by accident, through secret deals 2 battleships were given to Turkey as compensation. 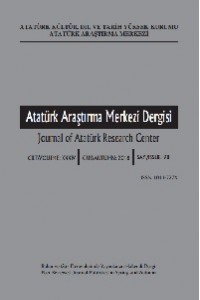