Hepatozoon canis (H.canis) which is transmitted by Rhipicephalus sanguineus, is the most common cause of canine hepatozoonosis in Europe, Asia, Africa and Latin America. The objective of this study was to evaluate risk factors and clinical signs in 32 H. canis infected dogs (16 dogs with H. canis mono-infection, 15 dogs with H. canis and Ehrlichia canis co-infection and one dog with H. canis and Babesia canis co-infection) and compare the haematological findings between the groups. For this purpose, signalment, anti-parasitic drug application, living environment, the presence of tick and general condition of the dogs were noticed, clinical and haematological variables were determined. Nine out of 16 (56.25%) mono infected dogs and ten out of 16 (62.5%) co-infected dogs were living in the house. Nine out of 16 (56.25%) mono-infected and 12 out of 16 (75%) co-infected dogs were unfrequently treated with anti-parasitic drugs. Consequently, 4 out of 16 (25%) mono- and 9 out of 16 (56.25%) co-infected dogs had tick infestation on clinical examination. In both groups, the most common clinical signs included Inappatence (93,75%), lymphadenopathy (59,38%), tachypnoea (53,13%) and fever (50%). Thrombocytopenia (84,38%) and anaemia (56,25%) were the most frequent haematological abnormalities. There were no significant differences in the haematological variables between the groups. In conclusion, H. canis mono and co-infection should be considered in the diagnosis of the dogs presenting inappetence, lymphadenopathy, tachypnea, fever, thrombocytopenia and anaemia with previous tick exposure. 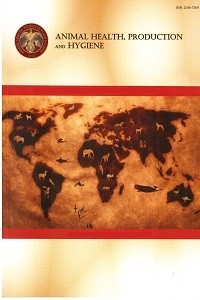