The latex of the Euphorbia plant was used in this study to find an effective and natural new insecticide in combating Dentroctonus micans (Kug.), Which causes great damage to Picea orientalis forests. For this purpose; Euphorbia plant was collected from Erzurum and species identification was made. According to the species identification, the spurge plant was determined to be Euphorbia virgata, and then its latex was obtained. In this study; latex was applied in different concentrations (0, 25, 50 and 75%) to the experiment groups prepared as fifty D. micans larvae in each group and the experiment was repeated twice. As a result of the application, the LD50 value was found to be 0.196 µl / ml and the LD90 value was 0.354 µl / ml. Although E. virgata latex has a toxic effect on the larvae at any concentration, the mortality rate increased as the concentration amount increased. GC-MS analysis was performed to determine the latex content of E.virgata. According to GC-MS analysis, in latex content; there are terpenes, flavonoids, alkaloids, amines, fatty acids, steroids and various alcohols. These bioactive substances in E.virgata latex showed toxic effects on larvae. As a result of the study, it was found that E. virgata latex can be used as a natural and effective insecticide in the fight against D. micans. 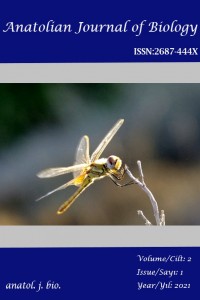