This research aims to elucidate the Maqasid Al-Sharia along with its different levels and components. It will also explain the reality of banditry and the different types of punishment applied on the bandit alongside the obligatory conditions that require to be fulfilled for the punishment to be executed. The research will present an exposition of the Maqasid Al-Sharia in its legislation of the penal punishment for banditry, alongside the implementation upon its contemporary forms from the researcher’s conclusion, and its jurisprudential adaptation from classical texts, all in the light of Maqasid Al-Sharia. The researcher has used the inductive method to observe the contents of the topic and has employed the analytical approach in the explanation of the correct understanding of Maqasid Al-Sharia and its levels. The same method was employed in explaining the penal punishments applied on the bandit and the higher objectives behind its legislation. The comparative method was used by the researcher to compare between the four canonical schools of Islamic law in their different definitions of banditry and to explain how one can benefit from this difference of opinion. This method will also help in the implementation in defining the contemporary forms of banditry and will arrange the different opinions of the scholars in an orderly and scientific manner. The researcher arrived at several conclusions. Firstly, that the implementation of the penal punishment for banditry is not limited to only that which occurs beyond city limits but rather also that which occurs within it. Secondly, the substantiation of various harms presented to the society as a result of the presence of different contemporary forms of banditry. Thirdly, that the lack of implementation of the penal punishments leads to disharmony and spread of corruption in the society. Finally, that the implementation of the penal punishment for banditry upon all its contemporary forms fulfils several of the secondary higher objective of the sharia in addition to fulfilling the three of the necessary higher objectives of the Sharia, which are the safeguarding of the religion, self and wealth. 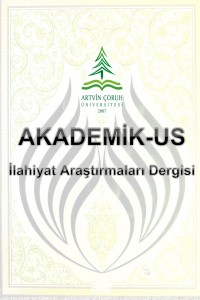