WHAT IS 360 DEGREE FILM SCENE? BASIC EXPLANATIONS ABOUT THE DESIGN AND PRODUCTION PROCESS

The subject matter of this paper is 360-VR film. 360-VR video is relatively a new technology of filming whose roots can be traced back to 1960s. However, it seems to have a promising future as virtual reality applications of digital communication market have recently become recognized by public. In this context, the paper is based on empirical research that questions the ways 360-VR filmmaking differs from established practices of cinema, and it is aimed to contribute to the theorization of the subject. The study actually seeks for a conceptual discussion about the characteristics of this new technology and form of filmmaking. Towards this end, researchers draw on a literature which has been developing for some time, yet still very limited, and descriptive analyses of a number of successful examples of films of 360-VR video techniques. However, main resource of data is a series of 360-VR video mise-en scene experiments shot by various 360-VR video cameras. The researchers collect the experience data from these shootings in an autoethnographic manner. As a general conclusion, it is argued that 360-VR filming has got some fundamental distinctions from the established practices of cinema in especially terms of montage, direction, scenario and viewing experience. A new term, “co-optional framing” is also suggested to refer to co-contribution of director of the film and the viewers in forming the contours and depth of the seeing the filmed action. 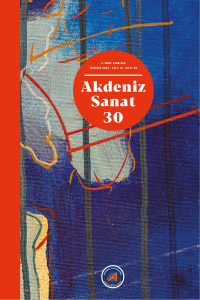