The rate of an adnexal mass detected during pregnancy increased after the routine use of ultrasonography. There is no consensus on the approach to adnexal masses in pregnancy, which requires treatment in a wide spectrum from a conservative approach to complicated operations. These masses, which are frequently asymptomatic, are mostly benign and resolve spontaneously during the later weeks of pregnancy, especially in the second trimester, but persistent masses can be difficult to follow up and treat. Therefore, we examined the diagnosis, follow-up and treatment of adnexal masses during pregnancy, based on our patient who had a 15x13.5 cm well-defined cystic mass in the right adnexal area, which was detected incidentally at the first antenatal visit to our clinic, and who presented with acute abdomen during the follow-up and underwent an emergency operation. 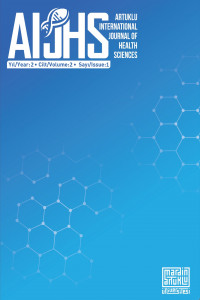