It appears to be a general rule amongst international tribunals that prisoners do not have to serve the entirety of the prison term to which they have been sentenced; instead, once two-thirds of a custodial sentence has been served, prisoners are eligible for early release. This has led to accusations of decreased transparency, and of being out of step with the aims of international criminal law.[1] It, however, provides prisoners the right to hope, which is particularly true for those sentenced to life imprisonment. The early release mechanism has some benefits for both the public and the prisoners. Firstly, the possibility of achieving early release could be an incentive for prisoners to behave well during the time of their punishment.[2] Secondly, the mechanism is consistent with Article 10(3) of the International Covenant on Civil and Political Rights[3] regarding the reformation and social rehabilitation of prisoners. Rehabilitation is a significant factor by which the international courts grant early release.[4] In this paper, the conditional early release scheme at the Residual Special Court for Sierra Leone will be examined by referring to recent practices.

Article 10(3): The penitentiary system shall comprise treatment of prisoners the essential aim of which shall be their reformation and social rehabilitation… 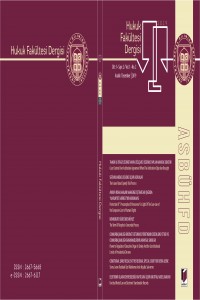