Elbistan In The National Struggle Period

After the termination of Maraş occupation that lasted approximately eight months, French powers invaded the city in November, 1, 1919. Following those unjust occupations, Mustafa Kemal Pasha, the head of the delegation committee, decided to establish a national organization to commence national resistance. Elbistan, not currently under invasion at the time, was selected as the center for this purpose due to its natural security provided by geographical conditions. Following these development, Association for the Defense of National Rights, a countrywide resistance organization, was founded in Elbistan under the presidency of retired Damascus Justice of Peace Ali Rıza Bey. The Association quickly became the most crucial instrument of Mustafa Kemal Pasha‘s practices towards the Southern front. Military support was provided for Maraş through Elbistan and a line of defense was generated in the north of Maraş. Present study consists of contributions of Elbistan to Maraş Defense, one of the most brilliant epics of the War of Independence. Research presents Elbistan‘s strategic and logistical importance in the southern front in the light of findings composed of archived documents of the period, periodicals and memoirs. 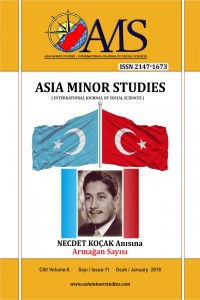