THE REFLECTION OF VIOLENCE AGAINST WOMEN AND FEMICIDE ON THE MEDIA

Murders of women are occurring in patriarchal societies where violence against women based on gender inequality cannot be prevented or repetitive violence cannot be prevented. When the current literature and reports are examined, it is seen that femicide increases day by day and finds its place in the media. Social media is a powerful news source. According to George Gerbner's upbringing theory, the impact of social media is small and indirect, but it accumulates and becomes meaningful over time. The media can reach large masses of femicides in a short time. The use of language, headlines and visuals used in news making and presentation of femicides can cause desensitization of people. As a result of this desensitization, it has been acquired over time to include content with content content with violent images and video content. This suggests the share of sloppy language used by social media and magazine news production in the increase of female gin cases. The purpose of the study is to examine the reflection of femicides in the media by the literature review method within the framework of the upbringing theory. 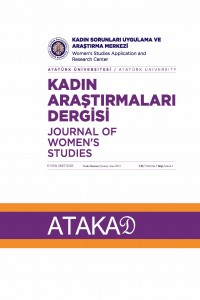