This study was carried out for the purpose of analyzing high school Turkish Language and Literature course books in terms of readability. A total of 93 texts categorized as informative and literary in these textbooks were included in the study. Theater and poetry texts were not included in the study. Basic qualitative research method was used in carrying out the study. In analyzing the texts in terms of readability, Ateşman (1997) and Çetinkaya-Uzun (2010) readability formulas were used. Document collection was used for data collection, and descriptive analysis was used for analysis. According to the findings obtained from the study, most of the texts are of medium difficulty with Ateşman's readability formula; With the Çetinkaya-Uzun readability formula, it was concluded that the texts were at the educational reading level (8th to 9th grade). In addition, it has been determined that informative texts are more difficult in terms of readability than literary texts and the level of difficulty does not increase regularly with the grade level. 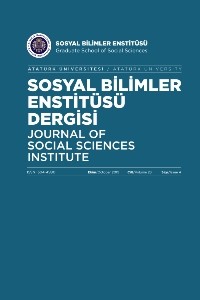