In Turkish political history, the period between 1923 and 1938 is called as the Atatürk period, and the period between 1938 and 1950 is called as the İsmet İnönü period. During this era, important events took place in Turkish foreign policy. It is aimed to reveal the political, commercial and social relations between Turkey and Poland within the scope of the important events in the foreign policy of the new state named Turkish Republic, in the light of archive documents. In this article, it is aimed to explain how the developments in the Second World War affected the relations between the two countries and to prove it with documents showing that the Turkey stood by them during this war by supporting the Poles who were in trouble. This study has been created by making use of archival documents, national newspapers and copyrighted studies. Finally, this article named as Relationships Between Turkey and Poland in the First Era of the Republic (1923-1950) is a qualitative study and it was prepared by using the document analysis technique. 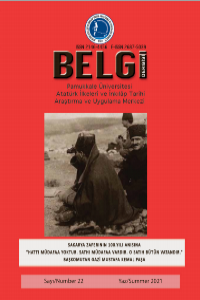