In this study it was intended to investigate the views about scientific knowledge of 6th , 7 th, 8th grade students from a public primary school. For this purpose, the scale which is developed by Çoban and Ergin (2008) for determining “The Instrument for Determining the Views of Primary School Students about Scientific Knowledge”, is used in the study. 304 students from Bursa centre public schools were participated in the study and their views’ were analysed in terms of their gender and grades. According to the students’ gender, there was a significant difference in favor of female students in subdimension “Scientific Knowledge is Justified” (p<.05) but in other subdimensions there was not. When the relationship between the class level of the participants and the scores that they obtain from the subdimension of the scale, are examined, there was a significant difference in favor of the 7th and 8th classes in subdimension “Scientific Knowledge is Closed” (p<.05). 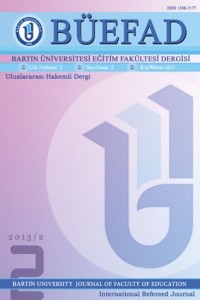