In this paper, the Turkish translation of A Farewell to Arms made by Tamer and Süsoy has been studied under the matricial norms described with the target-oriented approach in Translation Studies proposed by Gideon Toury. This perspective, which focuses especially on the role of translation in cultural history was first developed in the early 1970s, gained momentum in the 1980s, and still inspires several researchers to analyze translation as a cultural and historical phenomenon. Farewell to Arms is regarded as one of the most prominent works of Ernest Hemingway, a 20th-century world literature author. His unique literary style and identity shaping the way he writes make him incomparable among others. Moreover, Hemingway is also a celebrated representative of American modernist literature. Therefore, it becomes essential to analyze the Turkish translation of Hemingway’s A Farewell to Arms under a specific theory. Ülkü Tamer, one of the translators, is not only a pioneer poet of the literary movement in Turkish literature called İkinci Yeni; but also, an important translator and author whose plain language and simple writing style make his works distinct. This study also tries to explain and investigate the translation norms that have been introduced first into the field of translation by Gideon Toury. It is intended to decide in the study whether the translation is “adequate” or “acceptable” according to this approach by giving samples based on “operational norms”. It can be concluded that the translators achieved to create a balance between the source text and the target text in some ways. Accordingly, the mentioned translation can be evaluated as “adequate” in terms of style and “acceptable” in terms of language usage and discourse. 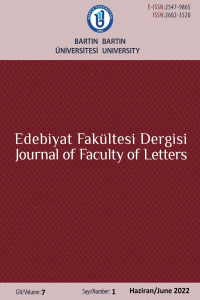