THE RIGHT TO EDUCATION IN SYRIAN MOTHER TONGUE: PROBLEMS AND SOLUTION PROPOSALS

In nationalist ideology, since the nation is often defined concerning the “common language”, language has constituted one of the convenient tools used in the construction of national identity for nation-states. In this context nationstates, in general, have adopted a monolingual education system to create a common language and/or to ensure unity in language. With this method, it was aimed to create a community of citizens with feelings and loyalty. For the same purpose, the Turkish nation-state, founded on a multilingual and multicultural Ottoman remnant, adopted a monolingual education system and prohibited education in languages other than Turkish, the common language of the Turkish ethnicity. The only exception to this is the right to education in the mother tongue foreseen for non-Muslim citizens by the Lausanne Peace Treaty. However, although “non-Muslim Turkish citizens” are mentioned as the subjects of the right in the text of the Treaty, in practice-contrary to the law- only Greeks, Armenians and Jews have benefited from this right. Thus, Assyrians, one of the ancient communities of Anatolia, were excluded from this right and after the closure of their last school in 1928, they could not benefit from the right to education in the mother tongue recognized by Lausanne. Considering the key role education has undertaken in the transmission of language from generation to generation, this has raised the possibility of the extinction of Syriac. To prevent the realization of this possibility and the language of the Syriac from being persecuted, it should be ensured that Assyrians benefit from the rights recognized by Lausanne on the one hand, and a positive discriminatory policy towards Assyrians on the other hand. 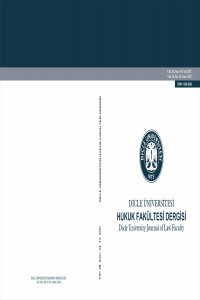