In this study, the antigenotoxic effects of methanol extract (ST) of the endemic Sideritis trojana, which is consumed as tea among the public, against the clastogenic / anogenic effect induced by mitomycin (MMC) on human peripheral lymphocytes were evaluated in vitro with the Micronucleus (MN) test system. For this purpose, the effect of 0.1, 1, 10, 100 and 500 μg / mL concentrations of ST was observed in peripheral venous blood taken from a non-smoking healthy male and a woman aged 20-25 years. In addition, positive, negative, and solvent control groups were included in the study. As a result of exposure with MMC, a micronucleus frequency of 9.15% was determined. It was determined that application concentrations (ST + MMC) caused a decrease in micronucleus frequencies depending on the concentrations and these decreases were statistically significant. According to these results, it was determined that ST has a potential antigenotoxic effect. 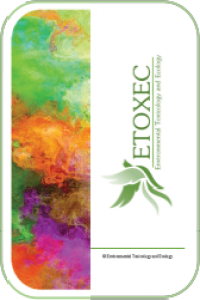