Objectives: Tick-borne diseases are among the most common vector-borne diseases in our country and in the world, and they have been increasingly recognized in the last 50 years, especially in temperate regions of North America, Europe and Asia. In the United States, the number of annual reports of tick-borne bacterial and protozoan diseases more than doubled between 2004 and 2016. It is extremely difficult to control ticks and the diseases they transmit, and the use of indiscriminate treatments creates new problems (emergence of resistant tick species, pollution, cost, etc.)(1). In this study, it is aimed to review the contribution of the increasing number of cases related to the subject to the scientific literature. Methods: This bibliometric analysis study was performed by scanning the Scopus and Pubmed databases. As a search word, the keyword "tick-borne infection" was written in the title section and a search was carried out in English sources. Results: When the title "Tick-borne infection" was scanned, 727 medical-based research articles and case reports were found in Scopus, while 6620 original research articles were found in pubmed. It was seen that 52.2% of the studies were in the field of medicine, the highest number of articles were published in 2018, the USA ranked first with 226 publications and Turkey had 19 publications. When we look at the journals in which research articles are published, Ticks and Tick-borne Diseases is the journal in which the most articles are published with 225 issues, while the authors with the most publications on the subject are Sprong H, Raoult D, Labruna M.B, respectively. Sevinç F. from Turkey is in the first place with 3 articles. In our country, Crimean-Congo Hemorrhagic Fever is one of the tick-borne infections with the highest number of articles published. Conclusion: In this article, a quantitative bibliometric analysis of the scientific publications indexed in the Scopus and Pubmed databases between 2012 and 2022 on tick-borne infections was performed. In our country, 19 original articles were found under the title of 'tick borne infection', which were scanned in the scopus and included tick-borne infectious diseases. It is hoped that the results will contribute to the increase of awareness by understanding the importance of tick-borne infections, and to the growth of research on the subject in Turkey, where few publications have been produced in the global scale ranking despite the high number of cases. 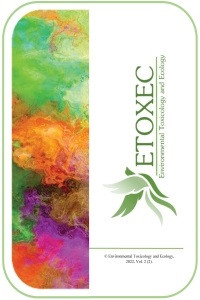