The common language, which is formed thanks to the standard language, not only carries the culture of a nation to the next level for communication, but also increases the literacy rate, and inevitably, a great developoment is observed in publishing. Standardization, which could achieve a good result with state support and the establishment of commissions, developed in different ways for the Kurds. For example, a magazine took on this role. Celadet Alî Bedirxan carried out this “unofficial” commission with his friends in his journal Hawar. This magazine was the first Kurdish magazine to be published in the Latin alphabet and included dictionaries and grammar studies. A few spelling guides were published after Hawar magazine. One of them is Rêbera Rastnivîsînê, published by Komxebata Kurmancîyê. The aim of this study is to compare Hawar and Rêbera Rastnivîsînê in the terms of orthographic rules. 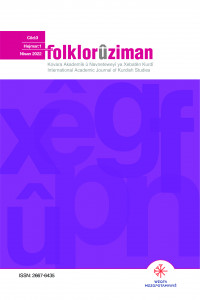