The Magnificent Urartian Fortress On The Southern Slope Of Munzur Mountains (Tunceli): Kurmizak

The Urartians established the first central state structure in the most difficult highlands of the Eastern Anatolia Region. They ruled over nearly all of the region between 858/844-590 BC, and the region experienced a golden age during this period. We understand from the Palu inscription that the Urartian Kingdom had been trying to establish authority over Tunceli and its surroundings since the reign of Menua. This information is evident from the narration of the conquest of the Huzuna identified as Hozat and the conquest of the Şupa state identified as Tunceli. Mazgirt Kaleköy Rock Tomb with its inscription, which is a sophisticated art piece, confirms that Tunceli maintained its prominence until the time of Rusa II, the last great king of the Urartians. The Urartians were able to reach the Elazig-Tunceli area through the high and rugged Bingol Mountains. For the Urartians, the Tunceli region must have been an appealing place especially in terms of mineral resources. The exploitation of animals and animal products other than mining may have also pushed them to go through this challenging route. It is understood that Kurmizak Fortress was an important base for safely transferring the taxes and resources obtained from Tunceli to other provincial centers in the east. When the splendor and distribution of the Urartian city walls are analyzed which have survived partially until today, it is assumed that the castle was a key stronghold. Wall foundation beds displaying Urartian cultural artifacts, open-air worship areas, monumental signs carved into the rocks, cascaded and round-mouthed cisterns, bright red slipped and fluted ceramics, Biainili pottery, embossed stone fragments and arrowheads indicate that it was a strategic fortress in its time. 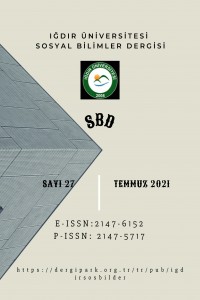