An Essay On Fiqh Basins

Throughout history, there are several elements that determine how dissemination of Islamic doctrines, which have a continuous development and change process, to the Islamic geography. Islamic sects have sometimes occurred in certain countries by their geographic proximity, sometimes arose by certain individuals or groups, and sometimes existed by the determinants of political elements. As a result, these sects have become the characteristic of their regions. In this regard, this article examines the occurrence, development, concentration and the transfer of jurisprudence in a certain region. In this respect, this analysis emphasizes the possibility that sects can be included in a specific basin. The use of the “Fiqh basin” in this paper is an attempt to form a concept in the history of Islamic Law. 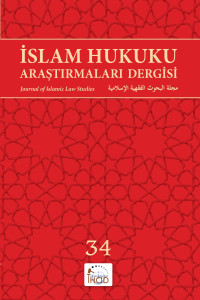