Change of Heating and Cooling Degree-Hours for Different Base Temperatures: A Case Study of Bandırma

Data on exterior temperature constitute one of the most important parameters in the calculation of energy needs in buildings. This study obtained the temperature distribution curves by analyzing the outdoor air temperature in Bandırma. Heating Degree Hour (HDH) and Cooling Degree Hour (CDH) for three different base temperatures were calculated. A 21-year data set between 2000-2020 obtained from the General Directorate of Meteorology was used. The incidence (%) of outdoor air temperature according to months was determined. In the calculation of the HDH and CDH values, base temperatures of (15, 18 and 20 °C) and (20, 22 and 24 °C) were considered respectively. The results of the analysis showed that the number of HDH changed between 31357 and 53037, while CDH numbers ranged between 10433 and 2669. The increase in the average outdoor air temperature with the effects of global warming was determined for heating and cooling season in a 21-year period according to year. It was determined that there was an increase of 1.68 °C in the heating season in the 21-year period and 1.80 °C in the cooling season in the 21-year period. In this study, the necessity of determining energy needs for heating and cooling purposes in a clear and up-to-date manner was emphasized once again. This is highly important to not only achieve energy savings but also reduce the air pollution effects of energy consumption. It is believed that this study will make a contribution to the literature in this sense. 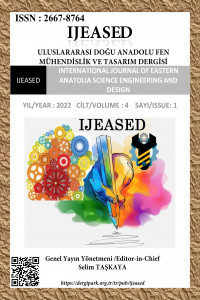