The Relationship Between Architecture and Climate: The Case of the Cities of Yezd and Masule (Iran)

The future of humanity is in danger due to the quick and unchecked use of natural resources, as well as the severe environmental degradation occurring in densely populated cities. People's quality of life is substantially impacted by this circumstance in important areas. Particularly in recent years, the topic of climate change has been more prominent. Examining the historic architecture in quaint towns and rural places reveals how people relate a new structure to its environment. Since cities are where more than half of the world's population resides, urban design, energy consumption, and sustainability challenges are significant. By addressing current climate change, this paper seeks to illuminate the significance of traditional architecture in the notion of sustainability against various climate factors in the Iranian cities of Yazd and Masule. Then, architectural suggestions that make it match the building's attributes the best are made. In the context of cities and local governments fight against climate change, this study seeks to address the sustainability issue, which focuses mostly on restructuring in contemporary cities. This article uses an analytical supplement as its primary working technique. Digital and library resources were primarily used. The effects on the characteristics of the traditional homes were examined in light of the climatic conditions of the city. 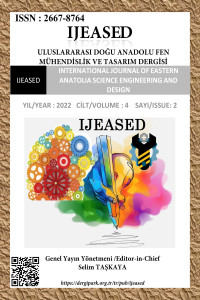