A Comparative Evaluation of The Role of Fiqh in Islamic Finance

After the glorious empires in the past, Muslim societies could not continue the same development in the modern period. It is a common understanding that Muslims cannot follow economic developments and that these developments are prevented due to their social structure. Fiqh has been addressed as one of the reasons for this situation, even the most important one, in economic thought. Fiqh, which has a structure that directly affects the lives of Muslims due to its position in Islamic geography, has a role that prevents the emergence of modern capitalism. It becomes a subject of criticism because it prevented the transformations brought by capitalism in Muslim societies and could not transform itself. It is argued that the legal institution in the Western world has gone through the necessary transformations and strengthened the foundations of the emerging economic system, but Fiqh could not achieve the same situation. Considering this issue in terms of institutional economics, the first thing to do is examine Fiqh's role in societies where it is applied. Fiqh is a branch of science that has the ability to change its judgment with the change of time in the face of problems that arise with an issue-oriented attitude. The problems faced by different nations in different regions have been resolved. Thus, in terms of institutional economics, it could not be possible to declare Fiqh unsuccessful by measuring it with the criteria applied to Western societies. On the other hand, it has been argued in Islamic economic studies that the flexibility of Fiqh leads to practices that cannot be morally approved. It does not seem appropriate to evaluate Fiqh independently from morality because of its normative nature, it also includes moral elements. The ulama dealing with the science of Fiqh did not make such a distinction. Today's practices also explain this situation. As a result, although not as much as before, Fiqh continues to play an essential role in Islamic societies as a vital institution. 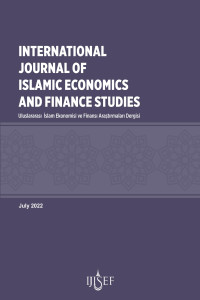